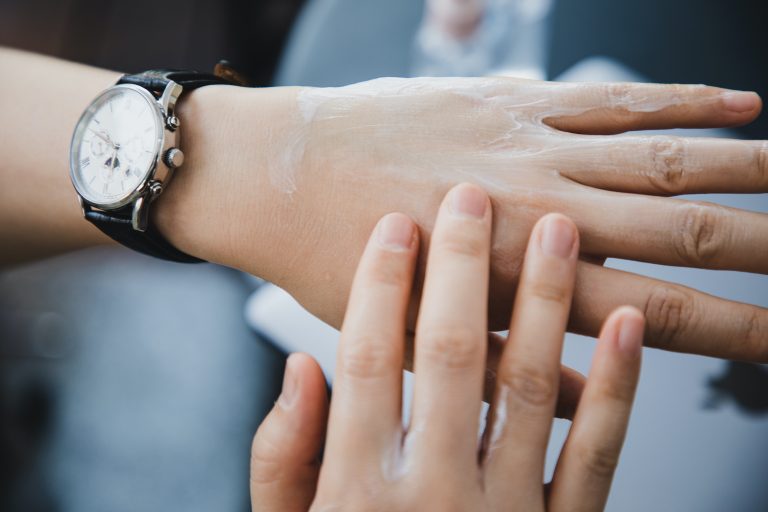 Even a slight protein deficiency has a negative effect on your health – here are six physical signs that might indicate this.

Extreme protein deficiency is rather rare in the Western world and if so, it is due to an eating disorder. Nevertheless, many people consume too little protein through food due to an unbalanced diet, sometimes without knowing it. In this case, the body sends signals that can be interpreted as signs of protein deficiency. Important: If you suspect something, you should definitely consult a doctor, because the mentioned symptoms can also have other, sometimes more serious reasons. As a reminder, the recommended amount of protein for an adult is 0.8 grams per kilogram of body weight per day.

Flu, cough, runny nose and more? And this despite the fact that sufficient attention has been paid to vitamin C? Getting infections regularly can be a sign of protein deficiency. A small study of postmenopausal women found that nine weeks of low-protein foods is enough.1 Test subjects showed a measurably weakened immune system and a worsened immune response after being placed on a low-protein diet. Another study on mice was also able to prove that a protein deficiency leads to a particularly severe course of influenza.2 And: the more severe the deficiency, the more likely it is to become infected.

Also interesting: 8 signs of a man with testosteronefreeze

Severe protein deficiency leads to loss of appetite. A mild protein deficiency, on the other hand, has the opposite effect.3 This is an understandable attempt by the body to compensate for the deficit by increasing caloric intake. Because hunger is a sure guarantee that at least some of the protein will come back. This also explains why food cravings are usually limited to hearty foods, but may lead sufferers to turn to less nutritious and highly processed convenience foods.4 So if you’re constantly hungry and having trouble controlling your urge to eat, add lean protein to every meal. Good choices are: legumes, fish, chicken, cottage cheese or tofu.

The body reacts to a lack of protein by breaking down muscle – and it does so immediately. Fasting for a few days is sufficient for this. Because: if food proteins are scarce, the body draws its proteins elsewhere. Not a problem for a short time, that’s what we’re designed for. As a general rule, after a little “protein cure” including exercise, everything quickly returns to normal. Beyond the age of 50, the body no longer forgives the phases of deficiency as well. Studies suggest that muscle breakdown accelerates with age.5 Older people should therefore consume a little more protein each day in order to slow down natural age-related muscle loss.

Flaky, dry skin and cracked nails that break easily can also be signs of protein deficiency. The phenomenon is known in professional circles as kwashiorkor. A lot of things must have happened before it got there. Despite this, research shows that protein-energy malnutrition is not limited to children in developing countries, but is the most common form of malnutrition among hospitalized patients in Western countries.6 It is also speculated that the associated skin changes can be attributed to zinc deficiency. In the event of a diagnosis, medical advice is absolutely necessary, as further treatment steps are required in addition to a change in diet.

Hair is made up of a protein called keratin, which is produced in hair follicles. The amino acid L-lysine also plays an important role in healthy hair growth.seven The body generates both from dietary protein. If these are not enough, the hair becomes dull, dull or falls out. And because a chic head of hair is not necessary for life, it is one of the first saving measures the body takes in the event of a persistent protein deficiency. Incidentally, iron is at least as important in this interaction (FITBOOK reported). Therefore, one-sided vegan people often have problems with their hair. With a little basic knowledge, however, it is also possible with this diet to get enough protein and iron.

Healthy bones also need protein. If they are weakened, they break more easily, or fractures occur during harmless shocks, this may be a sign of a protein deficiency.8th This alarm signal mainly affects the elderly, especially women. Studies of postmenopausal subjects show that a high-protein diet not only reduces their risk of hip fractures by 69%, but also significantly slows their bone loss.9 Unfortunately, the latter cannot be avoided, but at least it can be slowed down with the right diet.