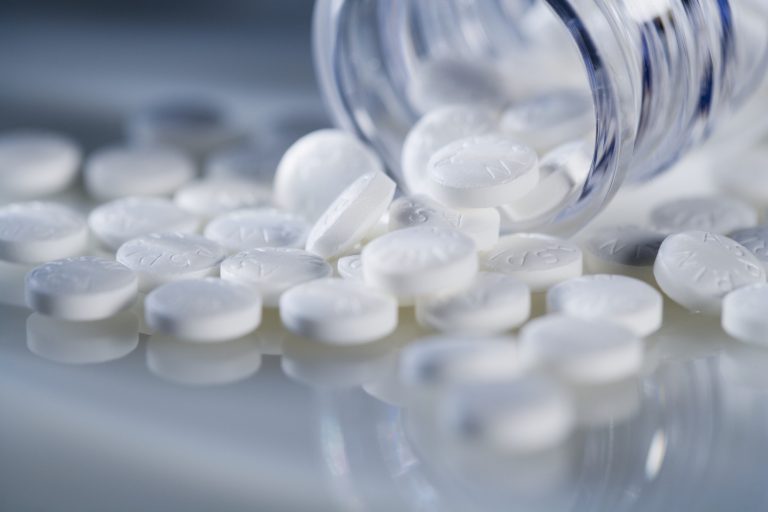 Headache? Now a tablet of aspirin helps. A pain reliever is an integral part of many people’s medicine cabinet. But the drug can also be harmful under certain conditions.

According to studies, aspirin can do more than just help treat headaches. There is scientific evidence that the drug helps prevent colon cancer, prevent corona infection and speed recovery, and that low doses can reduce the risk of miscarriage in women. In addition, especially in the USA, there is a widespread assumption that a pain reliever should be taken prophylactically (daily) to prevent cardiovascular disease. On the other hand, the German Heart Foundation warns against eating it too often.1 The current study case also suggests that aspirin can have negative health effects under certain conditions.

The relationship between taking aspirin and heart health has long been controversial. Since acetylsalicylic acid (ASA for short), known worldwide under the trade name aspirin, not only relieves pain but also has blood-thinning and anti-inflammatory effects, it is assumed that it can protect against heart attacks and strokes. So many people take aspirin preventively without realizing the potential negative effects. These can also, but not only, affect the heart.

effect on the heart

A 2021 study showed that aspirin is not recommended for everyone as a preventative for heart health. I came to the conclusion that the drug could harm people who have at least one risk factor for heart failure. The reason: It appears to increase the risk of a heart attack.2 Risk factors included smoking, high blood pressure, high cholesterol, and diabetes.

But even people who are not predisposed to one of the above factors should not underestimate the importance of regular and long-term use of aspirin. A University of Georgia study looked at 1,000 people who took a daily aspirin for five years. On the one hand, it was found that fewer heart problems occurred during this stage, but on the other hand, scientists found a much higher number of cases of internal bleeding, including in the abdomen. The research team was particularly concerned about the number of aspirin users who experienced bleeding in the brain.3

A study by the US Preventive Services Task Force (USPSTF) concluded that people over the age of 60 in particular should not be advised to take preventive aspirin. The team analyzed 13 randomized clinical trials involving a total of 161,680 people who took daily low-dose aspirin (100 milligrams) as a preventative measure to prevent heart disease. Here, too, the risk of internal bleeding is confirmed – especially for the elderly. The reason may be that the risk of bleeding generally increases with age. Aspirin’s blood-thinning effect can increase this risk.4

effect on the liver

Chinese researchers warn of the negative effect of aspirin on the liver, especially in patients. An analysis of hospital data from 156,570 people found that anti-inflammatory drugs such as aspirin and ibuprofen can damage the liver. People with high cholesterol levels, cardiovascular problems, and an already damaged liver are especially at risk. According to the study, people who have already undergone surgery should avoid taking aspirin and similar medications.5

Also interesting: a combination of ibuprofen and some medications can cause permanent kidney damage

The link between aspirin and cancer

Another reason to keep aspirin: The drug increases the risk of dying from cancer, according to a five-year study of 19,114 elderly Australian and American participants.

The aim of the study was to gain a better understanding of how aspirin relates to the development of cancer and the risk of death from disease as a cancer patient. The results: Aspirin may increase the risk of cancer by 19 percent. The risk of developing advanced cancer increases by 22 percent after taking aspirin. The mortality rate was particularly high in people who had advanced solid cancer who were taking aspirin.6 Cancers affected by so-called solid tumors (solid, solid cancer cells localized to an organ) include breast cancer, prostate cancer, colon cancer and lung cancer.7

According to current knowledge, aspirin can have serious negative effects. Especially if you take medication regularly, have a health problem and/or are older. In most cases, regular intake is not recommended. Of course, taking a pill every now and then when you have a headache is totally fine. Anything beyond that should only be done in consultation with a physician.