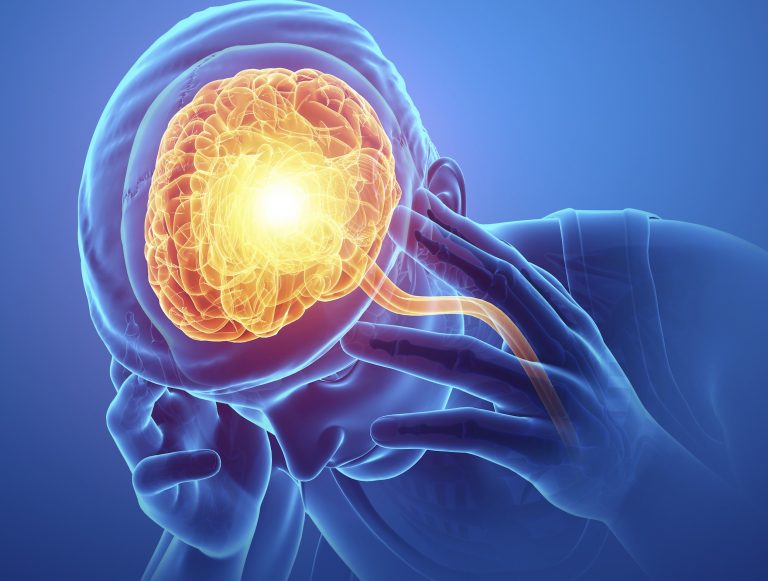 Without drugs, but only with “the power of thought” – an American research team has revealed for the first time the neural circuits involved in a particular exercise, which reduce pain within 20 minutes.

Long before the advent of drugs, mindfulness meditation was (and still is) a common practice in many cultures. But whether and how this practice actually works has not been investigated by brain research – until now. A team of American researchers from the University of California San Diego School of Medicine measured the effects of wakefulness on pain perception and brain activity. Realization: It works, and actually very well.

In the first part of the study, the research team applied harmless but noticeable stimuli of heat pain to one of the legs of 40 adult participants. The participants then had to personally assess the level of pain they experienced. Then they were divided into two groups. Members of the mindfulness group completed four separate 20-minute meditation sessions. In these it was necessary to focus on breathing and recognizing the thoughts, sensations and emotions that arise, but to let go of them without further judgment of them. This method has the effect that the “I am feeling” recedes into the background. The members of the control group spent their four sessions listening to an audiobook.

Also interesting: “Attention must be trained like a muscle

How meditation reduces pain by a third

The next day, the brain activity of both groups was measured again under the same pain conditions. The participants in the wakefulness group were now instructed to meditate during the painful heat, while the control group rested with their eyes closed. It found that people who meditate reported a 32 percent reduction in pain intensity and a 33 percent reduction in pain. All study results were recently published in the journal PAIN.1

Also interesting: should you tolerate the pain better or take a tablet right away?

What happens in the brain when you think about pain?

Analyzes of the brain scans have yielded some surprising results: specific areas of the brain react to make pain feel like something torturous that appears to be ripping apart. These include the thalamus (which transmits sensory information) and the prefrontal cortex, which reflect the content of our consciousness and play a critical role in assessing pain. The more areas of the brain are disconnected or disabled, the lower the reported pain sensation.

Also interesting: How long and how often do you have to meditate in order to succeed?

What the scientists revealed in brain scans describes an experience of “ego dissolution” that meditators recount over and over. “One of the basic tenets of mindfulness is the principle that you are not part of your experiences,” study leader Professor Fadel Zeidan explains in a university statement. 2 “You are training yourself to experience thoughts and sensations without attaching your sense of self to them.” In this state of being, the key to pain relief lies without medication. It’s as simple as that: “We were thrilled to confirm that you don’t have to be an experienced meditator to experience these analgesic effects.”

Also interesting: the many health benefits of meditation while walking

For Zidane, his finding is significant: “For many people with chronic pain, what most affects their quality of life is not the pain itself, but the psychological suffering and frustration that goes along with it.” With mindfulness meditation, it is literally possible to escape your pain, it is free and can be practiced anywhere. Learning it allows you to be able to relieve sudden pain without medication – which is also useful in situations where none is immediately available.