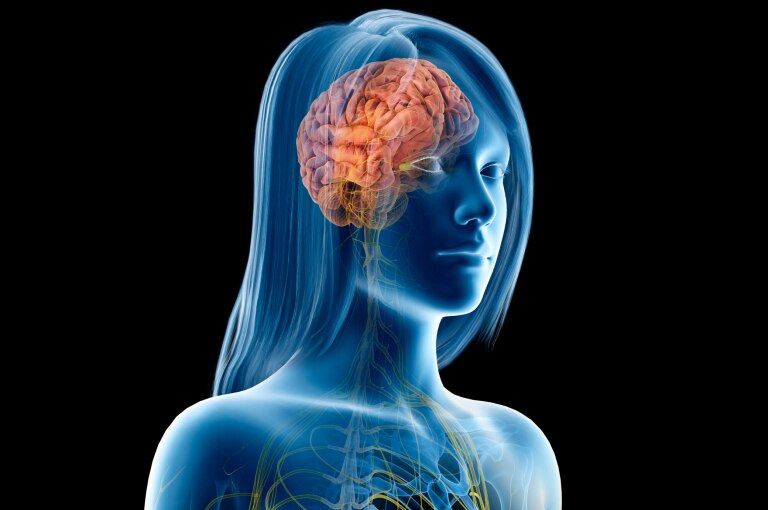 Anorexia is a mental illness. An increasing number of children and young adults are affected by an eating disorder. A current study shows for the first time serious consequences for the brain.

Anorexia is the most common eating disorder in Germany. According to figures from market research firm Statista, 7,218 cases of this eating disorder were diagnosed in German hospitals in 2018.1 The number of unreported casualties is likely to be much higher. An eating disorder is particularly dangerous because it can lead to death if left untreated. A large international study has now shown that anorexia has serious consequences for the brain.

Brain changes due to loss of appetite

Anorexia is often referred to in German as anorexia, which is derived from the Latin term anorexia nervosa. The disease usually develops during puberty (sometimes even in childhood). The main characteristic is a turbulent self-image, because those affected see themselves as very fat – even if they are already underweight. And so they continue to starve themselves without being satisfied with the way they look. This leads to a permanent nutrient deficiency, which leads to long-term brain damage, scientists from Britain’s University of Bath have discovered.2

Also interesting: How do parents know if their child has anorexia – and how can they help?

In the largest study of its kind to date, 1,648 women’s brains from 22 different regions of the world were analyzed. 685 of the patients had anorexia. “We worked extensively with research teams around the world for several years on this study,” says psychologist Esther Walton of the University of Bath. The scientist explains that by evaluating thousands of brain scans of people with anorexia, brain changes can be examined in detail.

Also interesting: will there be a drug against anorexia in the future?

Nutrient deficiencies can cause the brain to shrink

Analyzing the scans, the researchers found that women with anorexia in the brain had less cortical thickness, as well as less volume in the cortical and subcortical surfaces. In other words, the brain shrinks compared to healthy women. Even more frightening is the fact that the negative effects on brain volume and structure of anorexia are two to four times greater than, say, depression.

Researchers can’t yet determine exactly why this is. However, they suspect that sufferers’ low body mass index (BMI) and permanent lack of nutrient supply are to blame. A BMI of less than 17.5 is considered anorexia.

Also interesting: How I experienced and overcame anorexia

The brain can regenerate after loss of appetite

Despite the frightening realization, there are also positive things to report. Because brain scans also show that people undergoing treatment who are on the mend have fewer changes in the brain. “We found that the deterioration in brain structure that we observed in patients was less pronounced in patients who were already on the road to recovery,” study leader Esther Walton said in a university statement.3 This is a good sign and perhaps an indication that negative changes are not permanent. “With the right treatment, the brain can recover,” the expert adds.

The results show how important it is for people with anorexia to start treatment as soon as possible. According to the motto: the faster, the better – also for the brain! The researchers now hope to conduct further studies to discover exactly what causes the brain to shrink in anorexia. In this way, better treatment approaches can be developed to combat the causes.